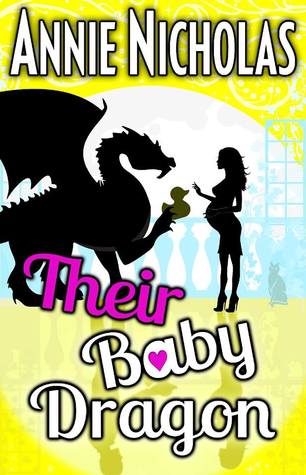 COUNT DOWN TO DRAGON BABY

Eoin, Harbinger of Smoke and Darkness, and Angie, Angel Dragon of New Port are very pleased to announce they are expecting the birth of their first child in the Spring of 2019.
The popular celebrity couple cannot wait to meet their newest addition. They were recently spotted at the premiere shifter obstetrician’s office looking upset.
Stay tuned for updates.
Warning: DO NOT approach couple, take pictures, or trespass on their land uninvited. Trust this reporter’s advice comes from firsthand experience.

On the highest tower, Eoin crouched. The storm still raged but the lightning had stopped. A shiny black pickup truck made its way up the mountain toward the castle.

The beta werewolf of the New Port pack parked in front and exited the vehicle. Ken yanked the hood of his jacket over his head before lifting a red toolbox from the backseat.

After launching from the balcony, Eoin allowed the strong wind currents to swing him around the tower before he landed next to the truck.

Mud splattered the werewolf. Ken wiped his face clean. “Nice landing. What do you do for an encore? Toss me over a cliff?” He was Angie’s childhood friend and shared her unique sense of humor.

“It’s just mud. It won’t kill you.” Without asking, Eoin scooped Ken into his clawed hands, toolbox and all, then sprang into the wind-torn air.

The language the shifter used would have added a small fortune to Angie’s swear jar.

He set Ken on the roof before changing shape. “Thanks for coming. I can’t figure out the source of the leak. I want this fixed before Angie returns.”

The werewolf crouched low and eyed the edge. “You do realize I can’t sprout wings, right?”

“I’ll catch you if you fall.” Eoin held up two fingers. “Scout’s honor.”

“If you’re a scout then I’m a priest.” Ken removed his shoes and socks, claws growing from the tips of his toes to gain a better grip on the wet slate. The shifter didn’t even blink at Eoin’s nudity. They didn’t share the humans’ taboo on nakedness. It was part of their nature and carrying a change of clothes was a pain in the ass.

“Whatever you say, Father Birch.” Eoin grinned at the beta’s hard glare.

Ken scanned the rooftop. “Are you sure this is the right area?” He pointedly looked at the many other rooftops that were part of the castle.

“The nest is built on the first floor of this tower across the hall from our bedroom. Where else could the leak be?”

“Water is a tricky thing. It can flow down a wall or follow the path of a beam before you find the damage. I’m just pointing out that I don’t see any obvious problem with this roof. Then again, I’ve never worked with slate. Maybe it’s time to change it?” He reached into his hood and scratched the back of his head.

“What you’re saying is I’m fucked.” Eoin snarled at the rain clouds. He had no power over the weather though.

From the toolbox, Ken pulled out a package. “I brought a tarp we can tack temporarily over the roof. Then we can discuss your options.” He peered up at Eoin. “Preferably inside the castle with some hot coffee.”

Eoin sighed and set his hands on his hips. “Yeah.” Because chatting was his favorite thing to do. Not. Unlike werewolves, dragons were not pack animals. They were part of clans and lived in families, but they were not driven to socialize. Hell, he hadn’t spoken to his family in years. Maybe decades.

Annie Nicholas writes paranormal romance with a twist. She has courted vampires, hunted with shifters, and slain a dragon’s ego all with the might of her pen. Riding the wind of her imagination, she travels beyond the restraints of reality and shares them with anyone wanting to read her stories. Mother, daughter, and wife are some of the other hats she wears while hiking through the hills and dales of her adopted state of Vermont. 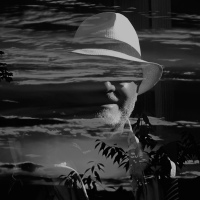