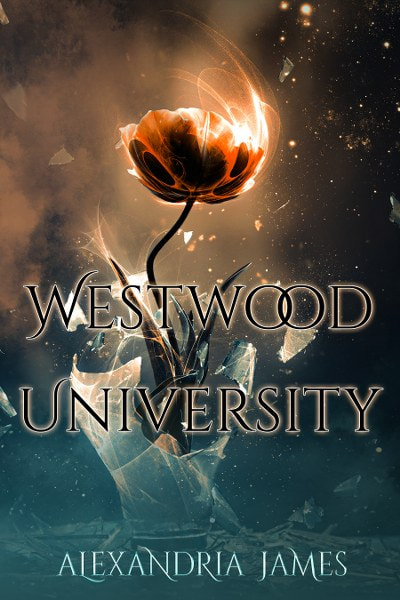 3 months. 90 days. 2,160 hours.
That’s all it took for my world to fall apart.
My life had always been so certain, I’ve had a concrete plan for as long as I can remember.
Until the day I was accepted into Westwood University.
Until I let anger morph my actions.
Until I opened the gates of hell.
Until him.
His eyes are what first caught me, I was a fly in his web. Once I was bound in the threads, I was doomed. I let him consume me, all of me.
I was in too deep when he told me the truth…
Goodreads * Books2Read 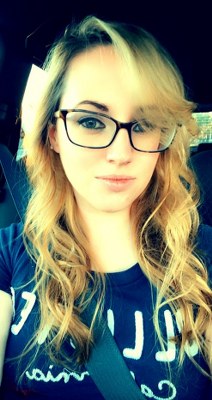 Alexandria James was born in California, but raised all over the US due to being a child of the military. She loves to laugh, sing and write– when not spending precious time with her family. Alexandria lives in South Florida with her husband and two sons.
Website * Facebook * Twitter * Instagram * Amazon * Goodreads

A KIND OF DROWNING 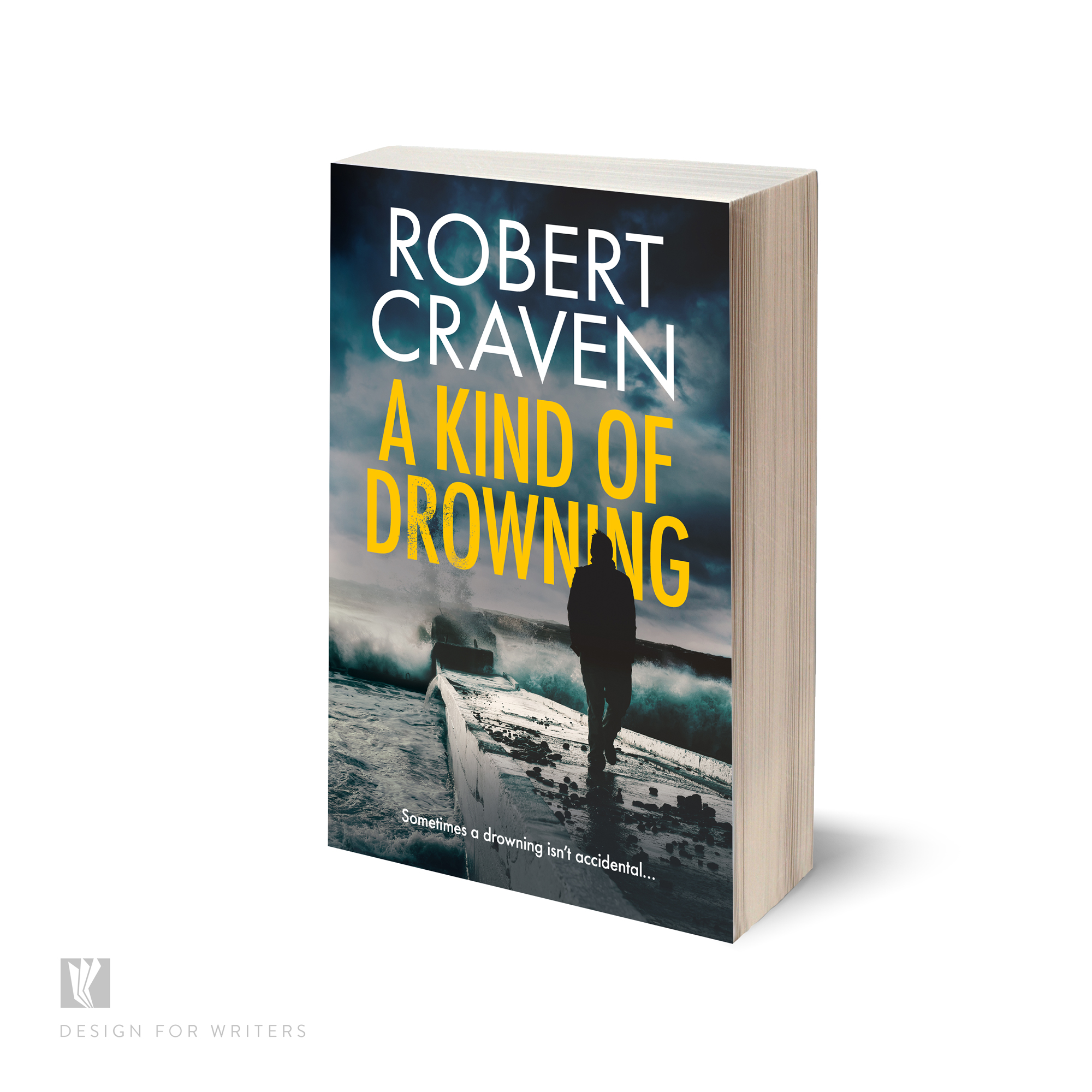 The man standing at the funeral in bubble-gum pink hair is P.J. Crowe. His career as a detective is in tatters – he’s facing dismissal, vilified by the press and his wife’s about to leave.  Lying low in a small seaside town he spots a ‘Help Wanted’ ad in the kitchen of a local café. It offers him an escape from the public and his spiralling mental health – and it’s where Thea Farrell worked – until she was found dead at sea.

And herein lies the problem: Thea was an Olympic medallist, silver for swimming and Crowe’s burned-out synapses are starting to join the dots – it wasn’t his case, but his cop’s senses tell him that Thea wasn’t the drowning kind.

And the suspect may well be in the congregation.

A KIND OF DROWNING is a big departure for me both in subject and style. I put the main character, P. J. Crowe in a small seaside town, off the beaten track in the midst of a mental and professional crisis. He is isolated in a small town where a tragedy occurs, and despite everything he’s going through he’s not convinced it’s an accident.

For the technical aspects, I contacted Sue Procter at ThinkForensic in the UK. I sketched out my ‘crime / tragedy’ and within weeks, she was back with the science of what I was looking for. I built an entire chapter around this and sent it back for approval. A few tweaks and several rewrites later, Sue validated it. I now had a ‘hub’ around which the story would revolve.

I had my protagonist, I had my ‘incident’ (or supposed crime with the technical nous behind it), I had my location. Now I could tap into the key Lockdown themes of this Covid-19 Crisis: Isolation, mental health, and survival.

A KIND OF DROWNING is a noir novel – a Chandleresque, Ken Bruen, Hammett, and Spillane dark in its concept. I wanted the characters to grow through dialogue rather than actions and I wanted to stay clear of the technical and procedural jargon and let the story evolve through Crowe’s eyes.

I think its my best novel to date; a culmination of 14 years of writing that has finally come together in this book.

But I will let the reader decide on that.

It was Crowe’s kind of ride, neither he nor the taxi driver spoke. The sporadic bursts from the Satnav punctuated the silence. Dublin’s suburbs gave way to the northbound motorway.

But long distances abhor a vacuum,

Crowe flicked his eyes across the laminated ID – the driver’s name was Abosede Akande O’Hare. He spied the small camera on the mirror behind a thick-beaded wooden rosary hanging from the mirror.

“I don’t think I’ve had the pleasure,” he replied.

He drew his hand across the week long stubble then pulled it away; he studied it. The knuckles still had faint traces of bruising. He covered them with his other hand. Sometimes the tremors arrived unannounced. The scratches had healed in coarse diagonal lines. A faint indentation on his finger hinted where a wedding band used to be.

Crowe had gone twenty-four hours without sleep. He had the kind of sour hangover that felt like a vice squeezing in on either side of his skull.

The white lines of the road were hypnotic. A passing truck flicked its lights like a flashgun sending lightening forks across his prefrontal cortex.

A lot could change in a fortnight, he thought.

Abosede made a clicking sound with her tongue, rolling the words “PJ, PJ, PJ..” like a rolodex.

She turned her flawless profile scanning him up and down. She saw a man in an unwashed fleece; a man whose entire existence was stuffed into pockets and bags.

“It’s Gardai in this country,”

“Gardee. Guarding what?” she snorted.

Guarding what indeed, he thought.

“I’m paying you only to drive,” said Crowe.

The clicking continued, she mumbled something under her breath. It sounded like “Stronger air freshener,”

He couldn’t be sure.

The cab smelled exotic. A gold watch glowed on her ebony skin; its glass was covered in a faint meshwork of cracks.

“Not paying me enough,” she said.

Crowe slunk further into his seat.

Twelve junctions later, the northbound motorway siphoned off to a dual carriageway that dog-legged onto a secondary road. The silence stretched out to forever. The first signposts for his destination appeared.

“Well, don’t expect any sunshine in Roscarrig, man. The forecast for the summer is terrible,” said Abosede.

“Suits me, I’ve been told to rest,” said Crowe.

“You cannot rest in Dublin?”

“No-one seems to think so,” he paused, pressing his forehead against the window. The faint vibrations of the road coursed through his temples, “I thought I’d get away,”

He closed his eyes,

Like her photo, her braids were piled gloriously high on her head.

“Roscarrig, thanks. No more talk or I will definitely kill you,” he replied.

Crowe’s gaze fell onto the glove compartment, an adhesive 3-D Jesus doled out a plastic benediction. Abosede glanced sideways at him,

“Believe in the Lord Jesus and you will be saved,” she intoned,

Dilapidated lines of greenhouses amid large tracts of grass, yellow gorse and seas of ragwort sailed past,

He thought about Googling the word ragwort, but like his watch, the blood stained mobile phone was sealed tight and locked away in an evidence bag.

He folded his arms.

Two bedraggled roundabouts later, they passed a peeling, dirty reflective welcome sign that requested everyone to please drive slowly. The Satnav announced that they had reached their destination. They were on the narrow main street of Roscarrig town.

It was a town dismal and forgotten; out of time and out of luck, thought Crowe. The ragged end of nowhere.