A scandal-averse Maharaja.
A free-spirited actress.
What do you get when throw them together and add a fake engagement to the mix?
Depending on whom you ask, you either get a match made-in-heaven or a royal disaster.

Nivy Sharma knows exactly what she needs – the freedom to be herself and follow her passion. Guess what she doesn’t need? A tailor-made husband.
When her meddlesome mother tries to throw her into the arms of a mom-approved suitor, Nivy runs the other way.
Right into the arms of the man who shattered her heart.
His Highness Veerendra Singh can recognise a pain-in-the-ass when he sees it. Especially when it falls into his arms.
Even if said pain-in-the-ass has legs that go on forever and lush lips that just beg to be kissed, Veer vows to run the other way. As he did once before…
But, when the marriage-minded princess of Tejpur sets her sights on him, Veer runs back into Nivy’s arms to propose a fake engagement.
When ‘fake’ starts to feel very real, Nivy and Veer have to decide what is important… long-held prejudices or the chance for a life with the only person they’ve ever loved.

Will this be their second chance at love or will their broken past ruin their hope for a shared future?

Read an Excerpt from The Maharaja’s Fake Fiancée

There was a soft knock at the door, and Munshi Ji entered, with a trolley containing three cups, a big pot of black coffee, milk, sugar and a huge plate of chunky chocolate chip cookies.
He served us our coffee and just then, Veer walked in.
“Pour me a cup too, Munshi Ji,” he ordered.
I avoided Jessie’s amused gaze and smiled at Veer. He smiled back at me. We kept smiling at each other until we were pelted with bits of chocolate chip cookies.
As one, we turned to glare at Jessie who was doubled over with laughter.
“Would you miss your sister if I pushed her out of the window?” I asked with narrowed eyes.
“Not at all,” replied Veer, promptly.
Jessie ignored my threat and smiled innocently at Veer.
“Veer, do you have any plans for dinner?”
He shrugged.
“No. Why?”
“Because Anika wanted to dine with you guys today. Just you, her and Nivy.”
I choked on a cookie crumb.
“What! Why?” I yelped, while Veer stared at Jessie in horror.
“She wants to get to know you better. I think she just wants to mess with Nivy, though. Have fun,” she said, sweetly.
“I’m not hungry,” I announced.
“You will be, by dinner time,” she replied.
“Not if I go on a fast. Don’t you royals have all sorts of weird customs? I’m sure we can find some obscure text that says that the Maharaja’s fake fiancée can’t eat anything until she does some sort of penance,” I said, grasping for straws.
“I think dinner with Anika is penance enough,” said Jessie, with a laugh.
That girl was enjoying my misery far too much. I snarled under my breath as I tried to think of a way out.
“Alright. I’d like to borrow the Devgarh sword please,” I begged.
Veer shook his head.
“While I’d love to see you swing it at Anika, you can’t. It’s too heavy. Your delicate arms wouldn’t even be able to lift it off the wall,” he said regretfully.
“Can I pay you to swing it on my behalf?”
“A true Rajput doesn’t raise his hand to a woman, even if he’s convinced that said woman is actually a chudail in disguise,” he said softly.
Something went melty in the region of my heart, but I ignored it stoutly.
“Umm, if you guys could stop making sheep eyes at each other, I have a solution,” suggested the pain in our collective asses.
“And you let me go on and on about the Devgarh sword?” I snapped at her.
“It was funny,” she said with an uncaring shrug.
Veer held me back as I lunged at his sister.
“What solution, Jess?” he asked, running a soothing hand down my back.
I allowed him to lead me to the bay window, and we sat down together. I acted as if I couldn’t feel his hand holding mine.
Jessie stared at our joined hands pointedly for a second and then started talking.
“You could take Nivy out for dinner,” she suggested.
◆◆◆

“Done,” he replied.
Jessie stood up with a squeal.
Veer refused to analyse why he’d agreed so promptly. He was just trying to keep Nivy out of Anika’s way. It had nothing to do with the fact that he wanted to spend as much time as he could with this maddening girl before she went back to Mumbai and forgot all about him. And it had absolutely nothing to do with how right her hand felt wrapped around his.
“Veer, I’m not sure this is such a great idea,” Nivy whispered.
“It’s better than spending time with Anika,” he whispered back.
“But…”
“It’s not a real date, just a pretend one. Think of it as two friends sharing a meal,” he said, with his fingers crossed behind his back.
“Fine,” she conceded.
Jessie clapped her hands.
“I’ll make all the arrangements. You guys just go and have fun,” she said, skipping out of the room.
“Jessie, wait,” he called, but his sister had already left.
Veer turned to Nivy in confusion.
“Why is she making arrangements for our date?”
“Date? I thought it was just two friends sharing a meal?” she asked with her arms crossed over her chest.
Veer grinned at the sceptical look on her face.
“Of course, it is,” he said as innocently as he could.
She looked so adorable when she scrunched her nose disbelievingly that he was tempted to kiss the tip of it. Of course, if he did give in to that impulse, she’d punch him in his nose, so he finished his coffee in one gulp and set the cup down.
“Ring the bell when you want all this to be cleared,” he said and left the room before he did something stupid.
Meet the Author:

Alisha Kay is a Delhi based writer, who writes romances set in India.
She doesn’t hold with the concept of damsel-in-distress, which is why her heroines are spunky women with a sharp tongue and the ability to rescue themselves. Her heroes are hot men who are woke enough to find that independence irresistible.
The Maharaja’s Fake Fiancée is Alisha’s first book. 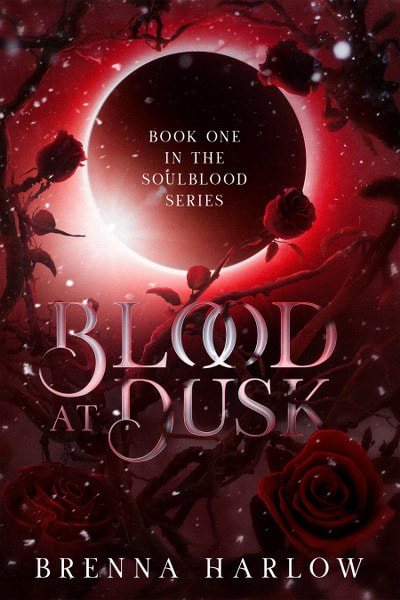 Will she forgive him of his sins, or fight their bond until her last dying breath?
Kora was left alone when the world crumbled, and the bloodsucking monsters invaded.
The vampires killed her family, her friends; everyone she had ever loved.
She waited for the moment they would enter her hideaway and snuff out her miserable existence for good. They never came though, and the revelation that she would be alone was too much… until she saw him.
Aldeon finds himself in a world that isn’t his own.
A place filled with so much of the crimson liquid that keeps his species sane, that even he cannot resist feeding.
Dhampirs have been ravenous for eons, delving into madness as their minds grew weak with hunger.
But now he is full again, left to await the time when the others return to their senses and join him.
A single scent dissipates all of his newfound revelations, and suddenly the tantalizing aroma is all that he can think about.
Everything changes when he gazes into the terrified eyes of a human woman, and another instinct takes hold.
Protect. Serve. Mate.
“Adult fans of Twilight and Darklight by Bella Forrest will love this new Vampire Paranormal Romance.”
Content Warning: This book does contain mature themes, such as but not limited to; sexual content, suicide and suicidal ideations, violence, and strong language. Not suitable for ages under 18+.
Goodreads * Amazon 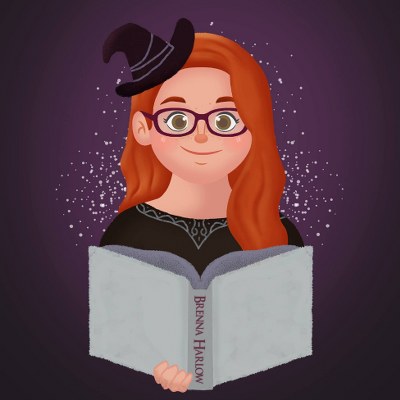 Brenna Harlow (if that’s even her real name) lives happily in her own fantasy land, drinking way too much coffee and reading an endless amount of smutty paranormal romance. She joined the land of the living only to share her love for the creatures of the night, and henceforth has claimed her throne at the Kingdom of Vampires and Fated Mates.
You can find Brenna in any coffee shop that provides free Wi-Fi, drinking her triple shot espresso and stabbing her keyboard to death.
Facebook * FB Group * Twitter * Instagram * Bookbub * Amazon * Goodreads 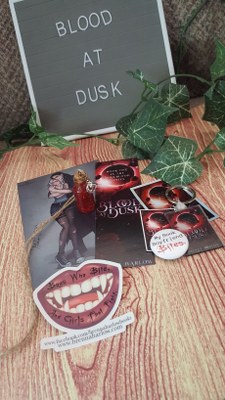